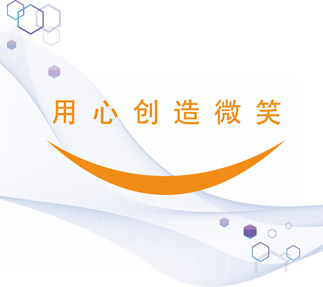 The auxiliary material is sodium chloride.

[properties] this product is colorless and clear liquid.

Respiratory system: allergic asthma has been reported. In severe cases, dyspnea and laryngeal edema may occur.

[contraindication] if allergic to this product, it is forbidden.

1. Use with caution in patients with drug allergy history;

3. Use with caution in patients with epilepsy and hypotension;

4. This product contains sodium, please pay attention to the use of low sodium.

5. Before use, the product should be visually inspected under natural light (avoid direct sunlight). If there is any visible foreign matter, it shall not be used. If the bottle is found to have cracks, loose seal, air leakage, solution discoloration, turbidity, mildew or cotton-like mycelium group is strictly prohibited to use.

6. The osmotic pressure molar concentration of this product is 260 ~ 320mOsmol/kg.

[medication for children] adjust the dose appropriately according to the condition and age.

[geriatric medication] adjust the dose appropriately according to the condition and age.

[drug interaction] this product is not suitable for use with levodopa in patients with paralysis tremors, otherwise it may cause deterioration of muscle rigidity. Combined with brain peptides, it has synergistic effect on improving brain function.

[drug overdose] excessive dosage may cause nausea, vomiting, loss of appetite, headache, insomnia, excitement, spasm and other symptoms, which can be reduced and treated accordingly.

[pharmacology and toxicology] cytidine is a nucleoside derivative, which can enhance the function of brain stem reticular structure, especially the ascending reticular structure that is closely related to consciousness. Enhance the function of pyramidal system and improve motor paralysis; Improve brain circulation, improve brain material metabolism by reducing brain blood flow resistance and increasing brain blood flow, and play a certain role in promoting brain function recovery and recovery. Acute toxicity of this product in mice and rats intravenous administration showed LD50mice=4600mg/kg and LD50rats=4150mg/kg. Long-term toxicity study of Beagle dog for 6 months showed that the product has no toxicity and side effects in the normal concentration range.

[pharmacokinetics] the blood concentration of this product decreases rapidly after injection, and it is basically stable within 30 minutes to 1/3 ~ 2 hours after injection, with the largest distribution in liver, accounting for 10%. The metabolism of free choline and cytidine diphosphate in the liver is mainly cleared by the kidney and lung, and the half-life of the active drug is 3.5 hours, and the half-life of the main metabolite choline is 2 hours. It is difficult for this product to pass the blood-brain barrier, and few drugs enter the brain, accounting for only 0.1%. However, the drug stays in the brain for a long time, and the drug concentration reaches its peak within 3 hours after injection, and remains unchanged within 24 hours. The content of cytosine in damaged brain was significantly increased than that in normal brain and damaged hemisphere.

[executive standard] the second edition of Chinese pharmacopoeia in 2015

Previous
None
Next
None